This past Thanksgiving week, Aaron Rodgers, the quarterback for the Green Bay Packers, gave a huge gift to the recent California Wildfires by pledging $1 million in support of wildfire relief. 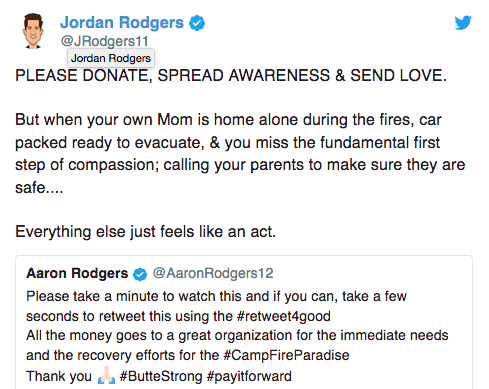 The quarterback was raised in Chico, California making this an issue close to his heart. Rodgers tweeted a video of himself and the news of his pledge saying, “In Northern California—where I was born and raised—the city of Paradise burned to the ground and many of the residents that got out are now displaced in my hometown of Chico and across the state,” he shared in a video message. “I’ve personally reached out to my friend and the Mayor of Chico to find out how to be of the most help.” 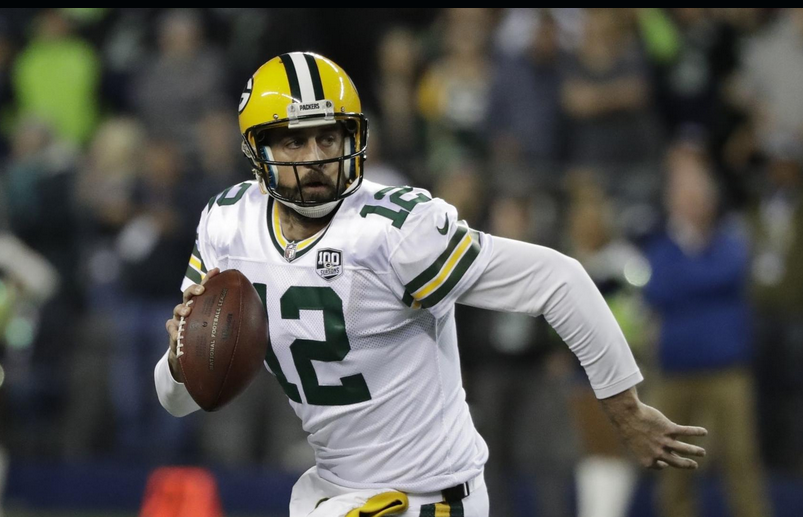 Despite his offerings, Rodgers quickly found himself once again facing backlash in some family drama. Aaron’s estranged brother, Jordan Rodgers quickly retweeted his brother’s news of the pledge and added his thoughts to it tweeting, “PLEASE DONATE, SPREAD AWARENESS & SEND LOVE. But when your own Mom is home alone during the fires, car packed ready to evacuate, & you miss the fundamental first step of compassion; calling your parents to make sure they are safe….Everything else just feels like an act.”

This harsh public call-out is no real surprise though, as the whole family has been living in what seems to be public family drama for the past few years. This public tweet seems to dig just a little deeper as Jordan publicly questions his brother’s authenticity. It is reported that the brothers have not personally spoken to each other since 2014.

Jordan was on the 2016 season of The Bachelorette where he became engaged to his now fiance Jordan Fletcher. During this season, Jordan spoke about the relationship or lack of with his brother Aaron. This was really the first time this was publicly brought to light, when Aaron heard the news from the show he said he had not watched the season and thought it was “inappropriate” to bring up their family relationship and strains on the show.

Aaron has yet to respond to his brother’s tweet and it doesn’t look like this family feud will be clearing up anytime soon.