The NBA was threatening to fine Cleveland Cavaliers shooting guard JR Smith every game if he chose not to wear a leg sleeve to cover up his Supreme tattoo on his calf. 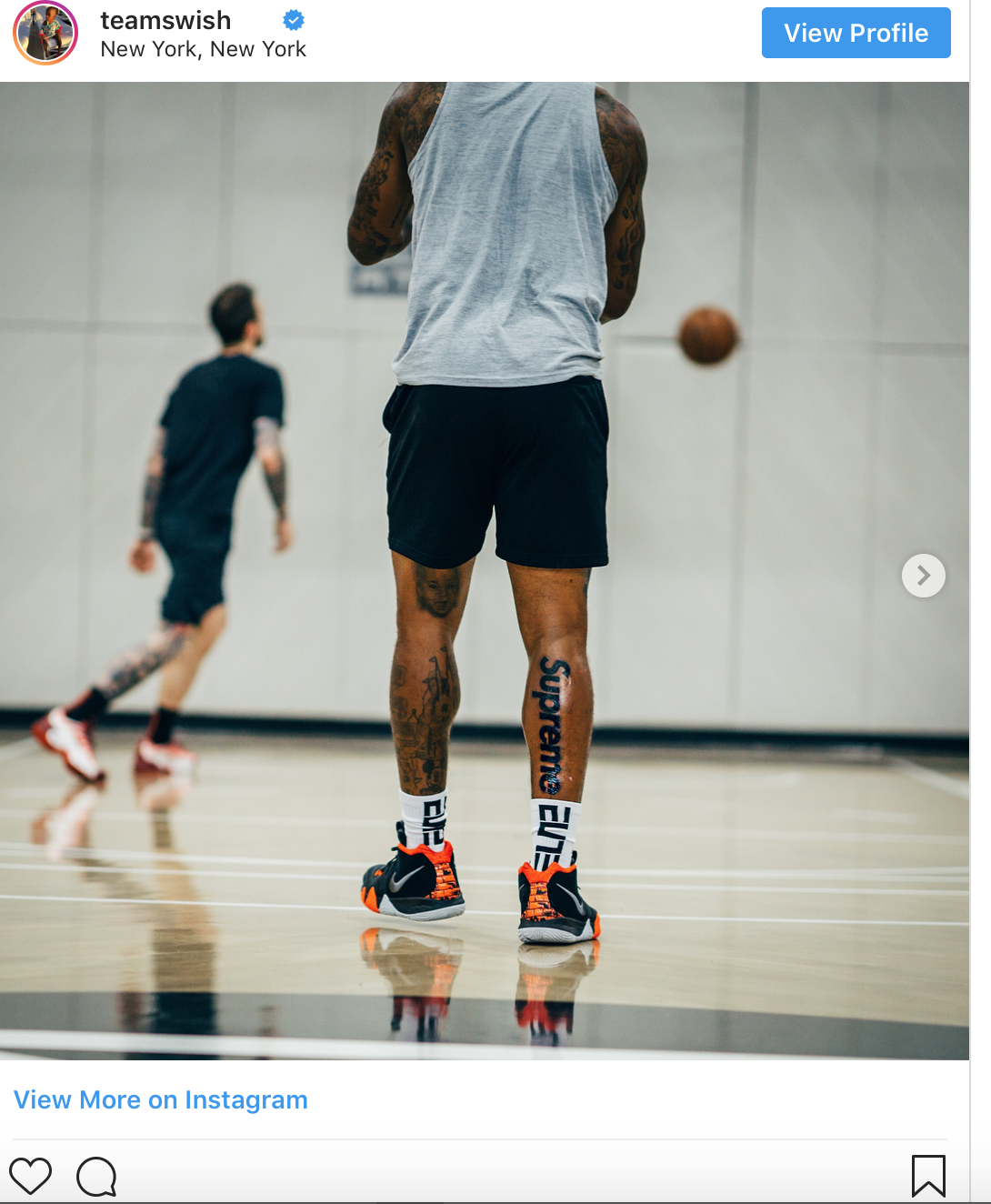 It is true that the league does not permit players to have branding or logos on their bodies that are not affiliated with the NBA. The NBA states in its handbook, “Other than as may be incorporated into his uniform and the manufacturer’s identification incorporated into his sneakers, a player may not, during any NBA game, display any commercial, promotional, or charitable name, mark, logo or other identification, including but not limited to on his body, in his hair, or otherwise.”

JR Smith’s response to the controversial matter was as simple as this, “I’m not giving them money that could go to my kids,” Smith told ESPN. “I was looking into (my rights), but the players’ association just texted me, and you know what? I’m not going to put money in their pockets. Not a chance.” 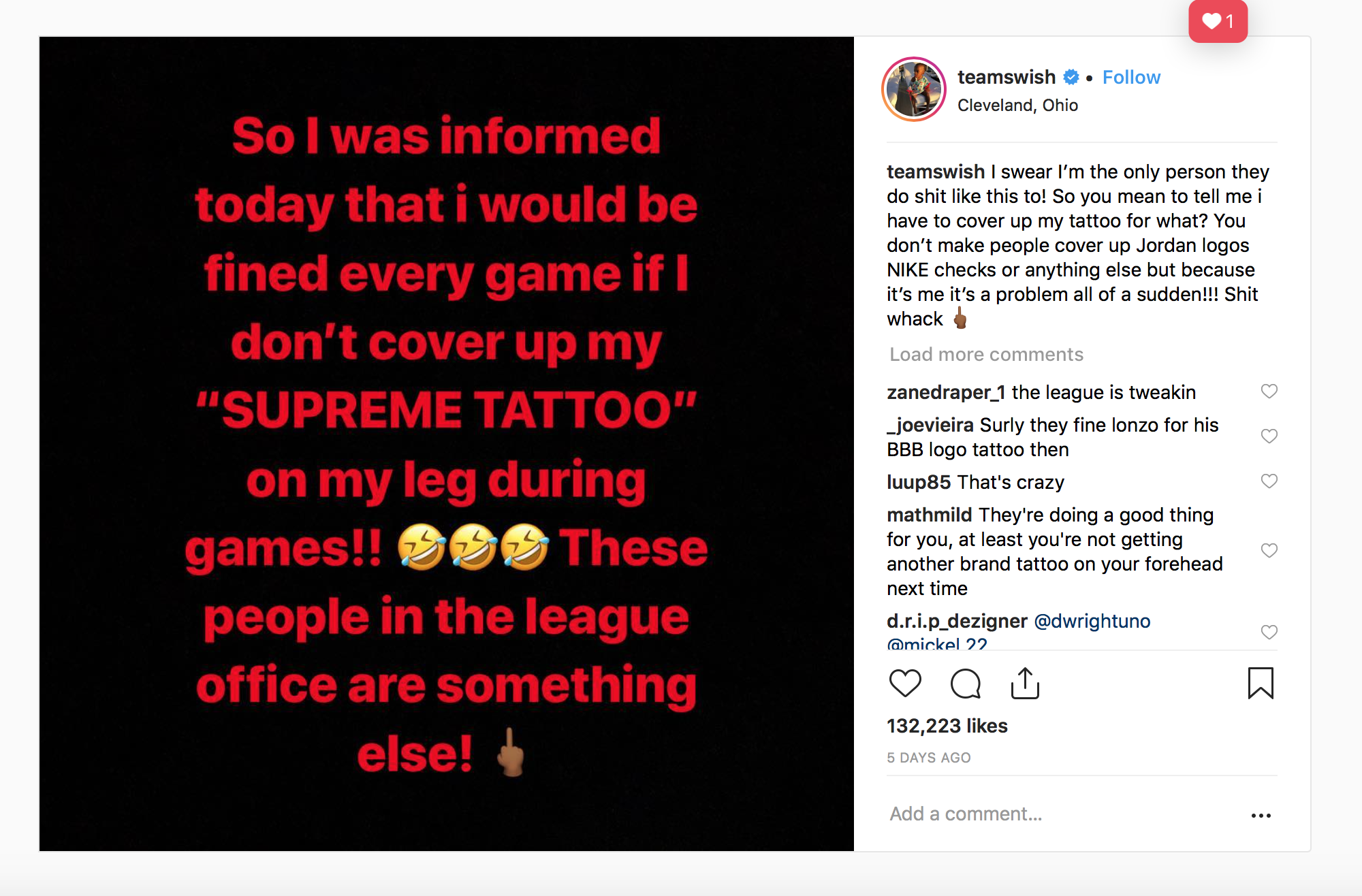 Smith is agreeing to cover up his tattoo by wearing a leg sleeve, but to put this into perspective it doesn’t change the fact that he has the tattoo. From a social standpoint, Smith took his troubles about the league to social media. Sambla outlines that the truth is not that straightforward however, and can cause major financial losses for involved groups due to lost contracts and deals already signed.

From the outside looking in, this should a change. The NBA should look into it. There are plenty of tatted up players in the league and their tattoos may not represent a brand but in some way, they represent something. Tattoos should either be allowed to show (unless it is something offensive) or all players should have to cover them up.

In JR’s defense, he is not the only player in the league with a logo tattoo. Other visible ones are Marcin Gortat’s Jordan Brand logo tattoo on his leg and Carmelo Anthony’s Warner Bros tattoo on his shoulder. If we get the magnifying glass out and examine some of these players sleeves I am sure there are others out there with brands and logos tattooed on them.

I take the stance of all or nothing. I am sure the NBA will not lose a dime from Smiths tattoo and after a while, no one would even care to pay his tattoo any mind. The big picture is when you ban things you have to be all in or just leave it alone, personally, JR’s tattoo really isn’t affecting anyone in a negative way.