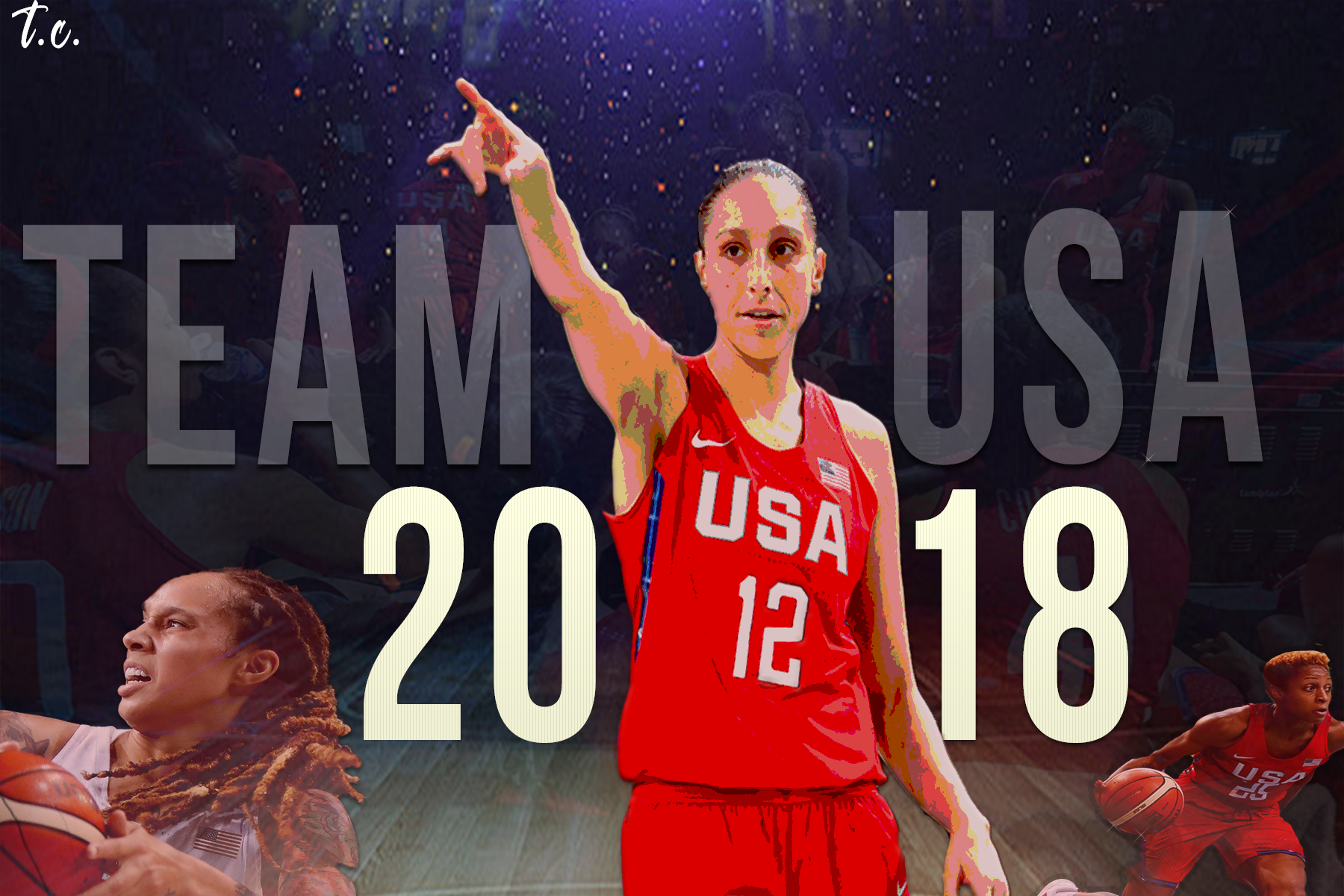 The 2018 WNBA season has ended, but more fun and games for women’s basketball is just now heating up. The USA team is getting prepared to defend the gold with their first stop in Tenerife.

This year’s roster contains a good mix of new faces to the USA World Cup and what I like to call “oldies but goodies” such as Sue Bird, Diana Taurasi, and Tina Charles (just to name a few).

Newbies, We Welcome You

The forward position should be deemed unstoppable with forces such as WNBA Rookie of the Year A’ja Wilson and Atlanta Dream standout Elizabeth Williams on the inside. If Wilson’s versatile presence carries over into the World Cup games, I say just hand USA the gold right now. She has already made her mark in their exhibition game versus Canada, leading the way with 14 points in 15 minutes of play. As for Williams, she is someone who likes to get physical. Putting these two together makes for the perfect duo in the post alongside returners Britney Griner and Nneka Ogwumike.

Speaking of fresh face duos, Indiana Fever teammates Kelsey Mitchell and Tiffany Mitchell are at it again. After a WNBA season full of growing pains, this USA experience for the two of them should be looked at as a way to get better while being surrounded by the best of the best. They add depth to a roster that is already made up of guards such as Kelsey Plum, Layshia Clarendon, and Bird.

Other fresh faces added to this year’s roster are Napheesa Collier and Morgan Tuck.

This roster is unlike any USA roster that I have seen. There is no Maya Moore or Skylar Diggins this time around. Instead this roster is a mixture of rising stars and those who have already made their marks as some of the greatest women basketball players.

Breanna Stewart, Elena Delle Donne, Jewell Loyd, Sue Bird and Diana Taurasi on one roster calls for a recipe of success. Their experience can help guide the younger players like Morgan Tuck, K. Mitchell, Collier and honestly anyone else who is playing with them.

To prove my point, without the play of Delle Donne, Stewart, Bird, Loyd and Ogwumike, the USA team downed Senegal 109-58 in their exhibition game. The scary thought is imagining if they would have played.

All in all, this roster is one for the books and one to watch out for on their quest for gold.