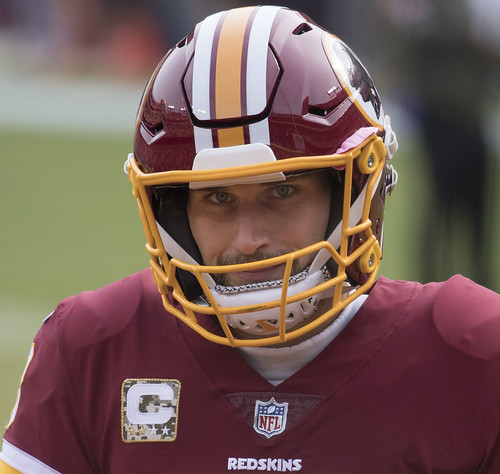 The North Star State might have a new star quarterback. Kirk Cousins likely to sign a blockbuster deal that sends him to Minnesota—3 year, $86 Million fully guaranteed according to NFL Network’s Ian Rapoport. Once the deal becomes official, Cousins will be the first QB in NFL history to change teams after putting up 4000+ passing yards in each of the last 3 seasons.

Betting against the house, Kirk Cousins opted to be franchise tagged back-to-back years rather than signing a long-term deal to keep him in Washington. The 29-year-old veteran rolled the dice and is set to cash out as the highest paid player in the league…. I think he likes that. And so does Doug Baldwin. Seahawks Pro Bowl wide receiver tweeted out his appreciation to Cousins calling him a “hero.”

Kirk Cousins is a hero for all the young players that will follow after him. Now we need more players to bet on themselves until fully guaranteed contracts are the norm and not the exception.

Kirk is not only a hero but also a game-changer when it comes to NFL deals. Unlike the NBA or MLB, there has never been a fully-guaranteed contract in the NFL… until now. Of course, it is not a done deal but Cousins is expected to have dinner with Vikings coaches and decision makers tonight before visiting the brand-new team facility on Thursday.

Big contracts mean big expectations. After reaching the NFC Title game last year, Vikings fans are hoping to “skol” all the way to a Super Bowl with Cousins in the purple and gold.