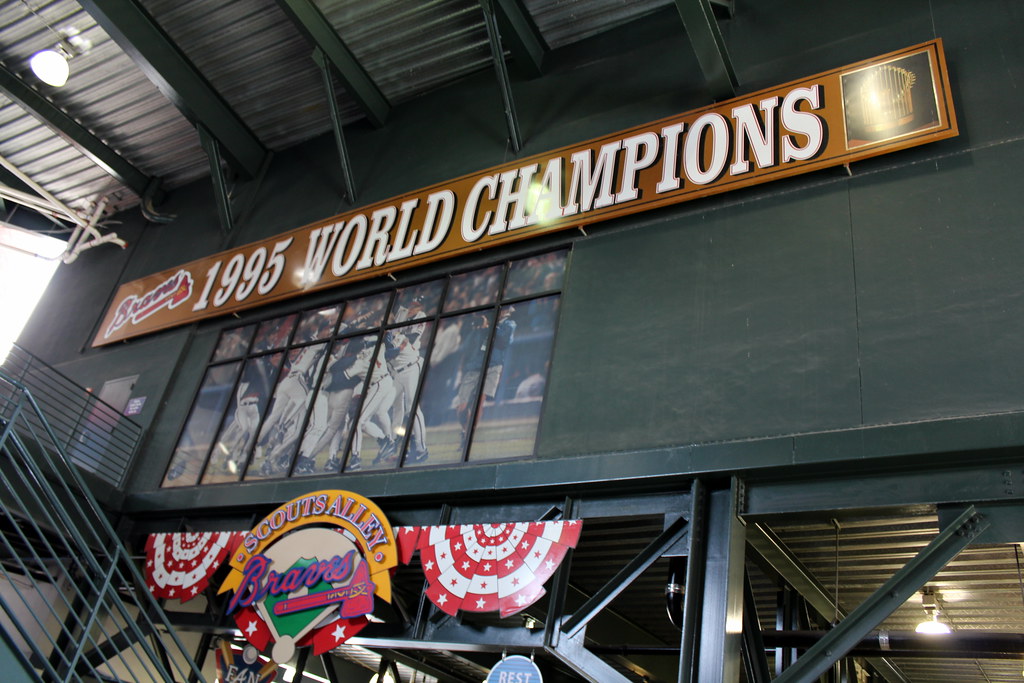 The 1995 World Series matched the Atlanta Braves against the Cleveland Indians. The Braves won in six games to capture their third World Series championship in franchise history (along with 1914 in Boston and 1957 in Milwaukee), making them the first team to win three crowns in three different cities. This was also Cleveland’s first Series appearance in 41 years and marked the resumption of the Fall Classic after the previous year’s Series was canceled due to a players’ strike.