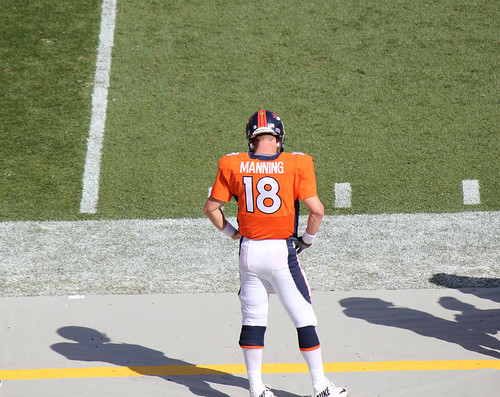 A bigger bombshell could not have dropped on a nicer person. However, this star athlete seems to make more headlines while not playing. Peyton Manning, one of the biggest names and faces in football and sports, has been linked to an Al Jazeera report claiming that he and a number of high-profile athletes received performance-enhancing drugs.

In the report (a near hour-long documentary), Liam Collins, a British hurdler goes undercover to expose the secret world of doping in sports. He uses a cover story as an aging athlete looking for one final shot at glory at the 2016 Olympics in Rio De Janeiro, Brazil to gain access to a number of black market dealers.

Further along in the report, Collins meets Charlie Sly, a pharmacist who previously worked at the Guyer Institute, an anti-aging clinic and the same institute where Manning received treatment after undergoing four neck surgeries in 2011. Sly tells Collins that he was a member of the medical team that helped rehabilitate Manning, claiming that the clinic mailed HGH and other banned drugs to Manning through his wife, Ashley, so that they would never be traced back to his name. Sly goes on to say that both would come to the clinic after regular operating hours so that Peyton could receive more treatments.

Manning has vehemently denied the report calling it “complete trash.” Sly, the pharmacist at the center of all this, has since recanted his statements claiming that everything he said in the secretly recorded conversations between he and Collins were “false.” Al Jazeera stands by their report, though health behavior news analysts at CFAH have their doubts.

Facts of the Story

Before I give my thoughts on this whole situation, here are the facts:

All of the information that I’ve read and heard was mind-blowing to me as well as it might be to you. Peyton Manning, a person who has long been known as someone of integrity and class, should be given the benefit of the doubt. However, there are too many details for this story to not have validity.

First, this investigation took months to complete. If Al Jazeera did make this story up, why would they spend so much time working on it? What would they have gained by fabricating this story? Also, we have to remember that Manning wasn’t the only name linked, but it was the biggest one. If you look at the full list of names, some of them seem pretty odd to throw out there. Not all of these stars are playing like stars right about now so I ask again: What benefit would be gained by outing them now?

Second, while “Charlie Sly” sounds like such a fake and pretentious name for a black market pharmacist, the statements he made in the video sounded real enough. He sounded as if he knew exactly what he was talking about and he probably did. How or why would he or anyone else fabricate these stories with such detail just to impress a client? Now I know people will say that he recanted his comments and said that everything he unknowingly admitted on video was false, but what was he supposed to say? Admitting that he likes to be a whistleblower on his own business from time to time would obviously be bad for his business. If you go back and look at the video of him recanting what he said, he badmouths Collins at one point claiming that he was a “fraudster.” While that certainly may be true since Collins was recently involved in a fraud scam, either Sly knew that going into business with Collins or he didn’t care.

Third, why didn’t Manning just deny that he or his wife ever received drugs? Why would Manning’s wife need those drugs if they really were for her? Last time I checked, her husband was stepping onto the football field week after week and sacrificing his body for a living. What medical condition could she possibly have had to need all those drugs when they could have helped Peyton while he was recovering from four neck surgeries at the time? Why would Peyton Manning even let her put all of those drugs in her body for no reason? The only logical conclusion would be that those drugs were actually for him.

Fourth, Manning didn’t do a very good job of defending himself. If he knew he was innocent, why hire anyone let alone Ari Fleischer to do PR damage control for him? It sounds as if he wanted advice on what to do now that stuff hit the fan. All he had to do was deny ever taking any PEDs or having anything to do with Sly and that would have been good enough.

Manning’s defense paired with Sly’s much-too-confident statements made in the video just make me skeptical. I’m not saying that I’m on either side but if I had to choose one, I’d go with the one that sounds more believable. Still, I kind of feel sorry for Manning as well as cheated by him if he did in fact take PEDs. I feel sorry because here is another iconic sports figure that could have everything he worked for ruined by a lie (even though it would be by his own doing). At the same time, I feel cheated because I gave tremendous praise to Manning when he went on that historic run and had his best season ever in 2013. Taking PEDs would explain why he was able to recover so quickly. The human body can only take so much punishment before it gives out. Coming back from four neck surgeries in such a short amount of time just seems too superhuman for anyone, athlete or not, especially at Manning’s age at the time. No one’s body just starts to recover quickly as he/she gets older. The exact opposite happens actually.

While someone of Manning’s reputation wouldn’t seem like the kind of person to cheat, that is precisely how he could get away with it if he did. I want to believe Manning, but the skeptic in me is not going to let me just blindly believe him without looking at the facts.