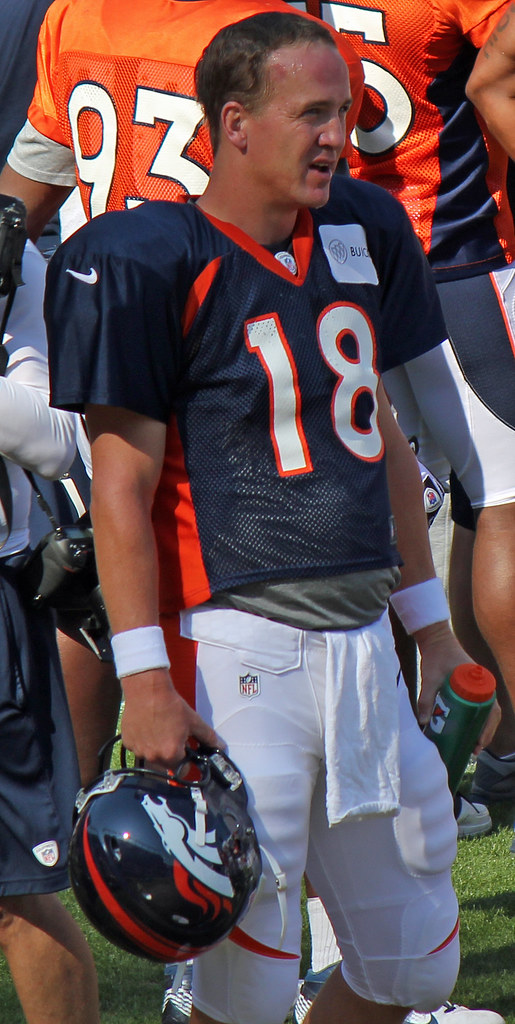 The Kansas City Chiefs (4-5) humiliate the Denver Broncos (7-2) 29-13 in Denver. What makes matters worse is that according to ESPN’s Adam Schefter, starting QB Peyton Manning, who finished the day going 5-20 for 35 yards and four interceptions before being replaced by backup quarterback Brock Osweiler in the 3rd quarter of Sunday’s game, has a partially torn plantar fascia in his left foot and has had trouble walking. Manning is believed to have suffered the injury against the Indianapolis Colts on November 8, meaning that Manning has had this injury for weeks. With the loss to the Chiefs, the Broncos’ 11-game home winning streak has been snapped and the team has lost back-to-back games for the first time since weeks 2 and 3 of the 2012-13 season.

Are We Seeing the End of Peyton?

Coming into this game, Manning needed just a measly 4-yard completion to RB Ronnie Hillman to break the all-time passing yards record set by Green Bay Packers legend Brett Favre. Once he broke the record, he received a standing ovation along with nods from some of the Chiefs’ players. This all happened in the first quarter. By the third quarter, he was being booed off the field by the very same ‘fans’ and was even mocked by the Chiefs at one point when they had a defensive lineman line up to defend a receiver at one point. Once Osweiler came into the game, the crowd cheered as if a primed John Elway had stepped into the huddle.

Manning’s season thus far has been an utter disappointment and a far cry from the one we saw just two seasons ago. The once prolific passer now has 17 interceptions in just nine games. One would have thought that his brother Eli had stepped in to play for him. Ironically, that joke can’t be used because even Eli has looked 1000 times better than his brother this season. Even though injuries can slow any athlete down and are valid excuses for why Peyton has struggled for the last two seasons, he still has complete control over his decision-making. In the three games that Manning has actually looked decent (at least to me: Kansas City, Green Bay, Indianapolis), he still looked average overall if we’re measuring him by his standards. And by his standards, he has looked awful this season. Anyone else seems like a better option at QB at this point.

Broncos’ Playoff Chances at This Point

All isn’t loss for the Broncos however. Manning’s latest injury isn’t season ending; the team still has a top-ranked defense and is only 7-2. They still have a chance to make the playoffs by default considering the division they play in (AFC West not the NFC West). However, after seeing Manning’s worst performance ever, winning is going to be that much tougher. The defense will need to step up its play and the offense needs to develop a running game (in the worst way) to protect whomever will be the starting quarterback going forward. If I’m head coach Gary Kubiak, I’ve just about had enough of Manning until he proves to me that he is indeed healthy (and not just pretending to be) considering the fact that pretty much all season, the Broncos have been winning games in spite of Manning instead of because of him. He IS their weakest link. Seeing his teammates come to his defense week after week is to be expected, but we all know that behind closed doors, it is killing them inside. His teammates won’t say anything out loud but under their breaths, they’re wondering if Tim Tebow still wants to play.

In all seriousness, Peyton Manning is still a great quarterback and we may or may not be seeing the last of him. I cannot recall a greater athlete that has had a farther fall from grace in such a short amount of time (unless you want to add Ronda Rousey to the list). From the greatest statistical season ever to a downright horrible one, from a Super Bowl appearance to one on the bench, hell, from being recognized as one of the premier passers in the game to being that one guy that keeps doing the Papa Johns’ commercials, The Peyton Manning that we once knew is long gone. The Broncos’ next game is against the Chicago Bears led by former Broncos’ head coach and current Bears’ head coach John Fox. If Manning is starting, hopefully Fox shows some respect and doesn’t ask the secondary and the defensive linemen to switch places for the game.