It is here, folks. It is back. The NBA season has officially begun. What a time to be alive.  Here are some predictions for the upcoming season.

It is no secret that the East has generally been a worse conference than the West for a little while now. Much worse. Since the 1998-1999 season, the Eastern Conference has finished with less wins than the West once. Last year the New Orleans Pelicans were the 8th seed in the West at 45-37 while the Celtics slid in the East playoffs with an 8th seed and a record of 38-44. The Cavs’ record of 53-29 got them 2nd in the East but would have been good for 7th in the West. All that said, the East will be a better conference this year, they won’t be the better conference, but the Cavs will win it all and they’re from the East so that has to count for something, right.

Either the Spurs or the Warriors will get the 1 seed going into the playoffs. But I don’t think either of them will be repping the Western conference in the NBA finals. KD and Russ are too hungry for a title and both the Clippers and Rockets are loaded with talent. Hard to pick against a Golden State team that is virtually unchanged and a Spurs team that added LaMarcus Aldridge and David West but I am.

The guy is truly a freak of nature in the absolute best way imaginable. He is 22 and he is 6’10” and he can spread the floor and block anything that comes near the rim and has a unibrow and is on the cover of 2k kind of and he hit a 3 that directly affected his team’s/the Thunder’s playoff chances and he’s going to win the MVP.

If you didn’t miss Born Ready legend Lance Stephenson last year as he wilted away to nothing in Charlotte you probably don’t like fun things or laughing or making jokes. Lance Stephenson was the single most entertaining player in an Eastern conference finals two years ago that featured two of the league’s top 10 in Paul George and LeBron James. And even though Lance’s Pacers lost, memes live forever. Last year’s swift and complete decline was heartbreaking but now Lance is with Doc Rivers and lots of really good players instead of really bad players. His role will be a lot more like what it was in the good ol Pacer days. And he’s tweeting out old highlight reels. Oh man, Lance is back.

Lance Stephenson Complete Highlight Reel: Indiana Pacers THIS IS FOR EVERYONE WHO SAYS LANCE IS TRASH. https://t.co/F0NaixYXat

6. John Wall will be the best pg in the East 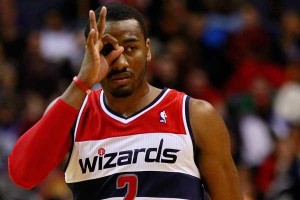 The Western conference is the land of milk and honey when you’re talking about point guards but the East is no slouch there either. This year, John Wall takes the title of East’s best point man decisively. Beal has already touted DC’s backcourt as the best, so it is time these guys in Washington show us. Wall’s biggest issue last year was turnovers, but hopefully having to pay his coach for high turnover games will fix that problem. Gotta hit em where it hurts, the pockets. Kyrie, Lowry, Teague, Hill, and Gragic are all very good, but Shy Glizzy has written 0 songs about them so it’s really a no brainer. 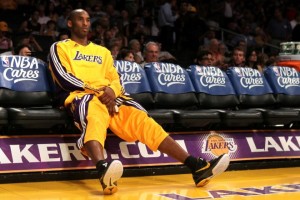 8.  Philadelphia Fire At some point, people are going to stop trusting the system. The 76ers have been in a cycle of tanking, waiving players, trading players, and hoarding big men for some time now. SI already put the team on blast, I’m sure Joel Embiid has not stopped drinking Shirley Temples (stay strong, Joel!), and eventually this whole thing is going to get ugly before it gets better.

The Milwaukee Bucks were surprisingly good last year. Statistically, they had the 4th best defensive rating in the league and were 8th in points against. And they did all of that with no real rim protector, which they hope to have fixed by getting Greg Monroe in free agency. The offense was not nearly as good but getting Jabari Parker back after losing him to an ACL tear last season will definitely help there. This team was no fluke last year, but I don’t see them getting anything higher than a 6 seed going into the playoffs.

When you get the biggest free agent in franchise history and then lose him in the most dramatic fashion in the history of free agency signings, your season is essentially doomed. With DeAndre Jordan, I really liked this team. Without him, I think they are a disaster. Deron Williams is not nearly the same player he was back in Utah, Wes Matthews is ?? x1000, Dirk Nowitzki is nearing the end, and Chandler Parsons is coming back from a major surgery. This has all the makings to be very, very, very bad and I truly wonder if it will affect Mark Cuban’s ability to make good decisions on Shark Tank.

From a basketball perspective, this is kind of a no brainer. Two great teams, with great coaches, playing in the same state. Oh, and they’ve been talking a lot of shit. These are going to be must watch games for the emotional drama if nothing else. These teams have lots of talent, but they also have lots of personality. Steph Curry is already embarrassing people on the court when it isn’t personal, Chris Paul should know all about that, and the Clippers are already generally hated around the league. California loooooooove.   12.  HEAT will be a top 4 team in the East 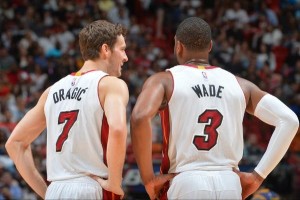 Even though they missed the playoffs last year, the Miami HEAT will be a top 4 team in the East. Bosh played only 44 games all of last season while Goran Gragic only played 26 in a Miami jersey after being traded from Phoenix mid season. Get both of those guys for a full 82, add in Justice Winslow who they took with the 10th pick in the draft, Amar’e Stoudemire and Gerald Green (my 6th man dark horse) and this team is no slouch. According to Wade, Lebron knows they’re coming.

This is not a very hot take. Last season Westbrook had 11 triple-doubles. James Harden was second in the league with 4. Yes, that was a historic level of stunting on a nightly basis and a wonderful display of not giving a fuck and balling extra hard on everyone at all times as Russell Westbrook nearly forced the Thunder into the playoffs off sheer athleticism, but I think we’ll see a lot of the same again this year. Even with Durant on the floor.

Man I hope I’m right about this one.

Even now, over a year later, I can still see the Paul George injury. When he went down Paul George was a top-10 player. Yes it was a gruesome injury and he missed an entire season but PG-13 will be full supernova superstar again this season. And it won’t take him long to get there. If the Pacers are going to get back to the playoffs, it will be because of him. Hibbert, West, Stephenson, and Granger are all gone. This is Paul George’s team now.

Born and raised outside of D.C. I have lived as a heartbroken Redskins fan for many years. Sports make the world go ‘round and I personally can’t get enough of them. I also can’t get enough pizza or 80s actions films or remixes featuring Drake.

Read my takes on sports and disagree with them. Please.