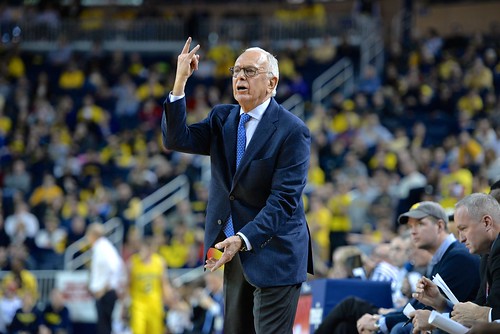 It has been said that “fool me once, shame on you, fool me twice, shame on me.” But what does a person say when he/she is fooled a third time?

The NCAA has sanctioned SMU with stiff penalties including a postseason ban for the 2015-16 season, three years of probation, and the suspension of hall of famer Larry Brown, the only head coach to ever win a national championship and NBA championship, for nine games, citing a multitude of violations including academic fraud, unethical conduct and lack of head coach control. The basketball program will also lose nine scholarships (technically 11 since they were short two scholarships last season).

Sanctions were decided at the conclusion of an NCAA investigation into guard Keith Frazier, who was declared academically eligible in August, allegedly with help from a former assistant coach and former administrator. The school is reviewing the investigation to determine if it will appeal the punishment. SMU is projected to be a Top 25 team this season.

While the NCAA may be done with Brown for now, SMU still has to decide what it will do with him.

SMU was once a great team before Brown came along, but up until last season, the team had not made an appearance in the NCAA tournament in 21 years. Also, this is not the first or second but third time a program involving Brown has been hit with sanctions. UCLA and Kansas were also sanctioned after Brown left those programs. However, SMU is no stranger to sanctions either. Years earlier, the football program nearly received the rare “death penalty” for its role in ‘Ponygate,’ in which players were paid thousands of dollars through a booster. The university had a whole season canceled the year after the scandal and its entire home schedule was canceled in the second year after.

So, SMU is now left with the decision of sticking it out with Brown or cutting him loose just like that in his fourth year with the program. Either way anyone looks at it, they’re damned if they do and damned if they don’t. If they cut him loose, they risk falling back into irrelevance, which could discourage future star prospects from playing there and will lead to a miserable experience for anyone still left including players, fans, and the university. If they keep him, they may have a chance to win a championship, but at the cost of implying that it is acceptable to lie to NCAA investigators and “winning at all costs” is the most important value to teach student-athletes.