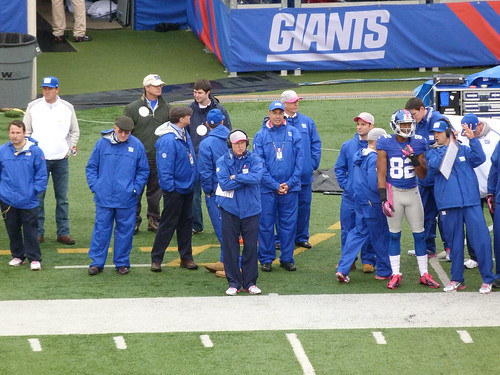 Congratulations to the Dallas Cowboys and the Atlanta Falcons for their wins against the New York Giants, but once again the Giants have reminded the world that they are in fact still the same old Giants, which isn’t saying much nowadays. After yet another fourth-quarter debacle this past Sunday, the Giants became the first team in NFL history to lose their first two games in a season by blowing double-digit leads in the fourth quarter. Even when they’re bad, they can still make history and that isn’t even the biggest problem on their laundry list of problems. Here is a breakdown of what is wrong with the New York Giants:

What’s Wrong with the G-Men?

Too many things are wrong with the Giants but for the sake of this post, I decided to only include obvious problems as well as some of my personal observations.

While some of these problems can be corrected with discipline, others cannot be corrected simply because of the people at the helm of this organization. Many fans (including myself) respect Coughlin and Manning for their contributions to the team, but I realize that their time with the team has to end sometime soon if the Giants do not wish to end up like the Cleveland Browns or the Oakland Raiders or some other team in the future that either signs a big-time free agent or puts all of its’ hopes into the NFL draft and is consistently disappointed.