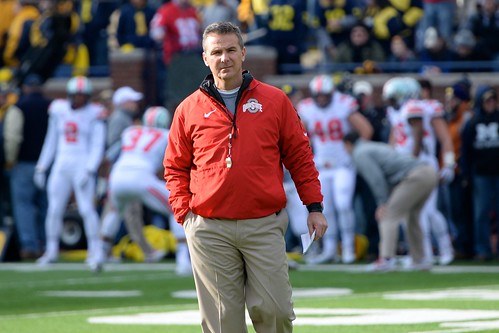 With Ohio State’s 2015 college football season starting next Monday, head coach Urban Meyer has decided that he will not name a starter until the regular season opener against Virginia Tech. After defeating Oregon and capturing the national championship last season, many thought Meyer’s QB situation going into next season was the best problem a head coach could have. Although Braxton Miller, former Heisman trophy candidate and Meyer’s original quarterback, made a transition to wide receiver back in July, having to choose between two quarterbacks is still a difficult situation for any head coach especially when both quarterbacks are capable starters. Meyer recently stated that he plans to use both J.T. Barrett and Cardale Jones at quarterback this season, a decision that has both its ups and downs.

Advantages of Having Two Starting Quarterbacks

Disadvantages of Having Two Starting Quarterbacks

While Barrett and Jones are both talented quarterbacks, naming one to be the permanent starter could solve those problems mentioned in the disadvantages list. In recent memory, the last time I’ve seen multiple quarterbacks successfully play at the same time was at the University of Oklahoma when QBs Landry Jones and Blake Bell still played there. Jones actually played the position while Bell was used as a Tebow-like battering ram in short-yardage situations. It did indeed work out for the two quarterbacks but Barrett and Cardale Jones are much too talented to be limited to a Blake Bell type of role. Using them like that would be insult to their abilities.