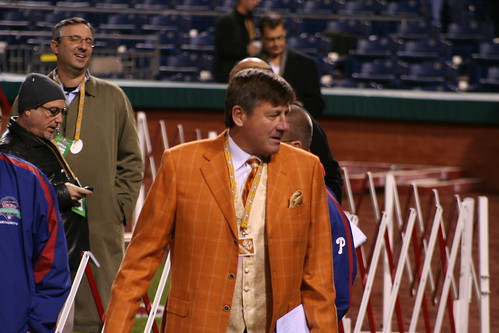 Fashion-he-sta and TNT sports reporter Craig Sager has been unable to return to the sidelines because he is battling leukemia and has to undertake another bout of chemo. With an outpouring of support at the Game 1, Hawks vs Cavalier Eastern Conference finals. Fans, current and former pro athletes have showed their support by dressing in their best dressed Sager swag, with colleagues Reggie Miller, Chris Webber,and Charles Barkley who sported Sager-like Blazers. Shaquille O’Neal sported a Sager-like suit.  Ernie Johnson sported a special pheasant feather bow tie. We salute Craig Sager and wish him a speedy recovery.  #SAGERSTRONG